This document has been written to help improve the League, providing a clear blueprint for accepted rules and expected conduct for both players and clubs. The document does not cover every eventuality and as the London Unity League continues to develop, so will this document via feedback and suggestions by clubs partaking in its running.

In line with the FA’s advice this evening that grassroots football in England is suspended, all LUL football is suspended until further notice.

The FA’s advice follows the Government’s announcement today, for people to avoid social contact and gatherings where possible.

Suspension of the LUL comes the day after London Romans FC were crowned Champions for the 2019/20 Season. The result in the one game played in the league yesterday means that no team can catch London Romans at the top of the table.

LUL News caught up with Paul Loding, General Manager of LUL stalwarts, London’s Romans FC, to find out how things are going.

LUL News: How is Romans’ season going so far?

Paul: It’s been a rare season start for us in has seen us ride a wave of good performances and a bit of luck to remain unbeaten this season so far. With the quality of the LUL now this is an achievement we are very proud of. We recruited well over the summer with five new regulars joining our books.

What are your hopes for the rest of the season?

As much as the league is competitive and of course every team wants to take the league title, we also believe in the social side of the league and plan after match drinks after every home game. We are lucky our sponsor The Nags Head in Wood Green provides us and our opposition hot food after all our home matches, giving us a chance to socialise with other teams. We will still be pursuing the title trophy though!

Romans has been going now since 2006. Has the club changed much over the years you’ve been involved?

I joined the club in 2011 and took over as General Manager in 2017. Our ethos has always remained the same and that is ‘football for all’. We have a much greater social media presence which attracts players and media outlets to contact us. We have marched every year in the London Gay pride march since 2014. Being involved in the LUL over the last 8 years I have met many players from other teams who have become friends. Our aim is always to provide a safe space for footballers to play the game they enjoy.

How do you see the club’s future?

This is a tough ask! London is a moving city, by which I mean people move through quickly. We’ve had members from all over the world; some play for only one or two seasons before moving back home. Being in north London also has its challenges with attracting new players: there seem to be more potential gay footballers located in south and east London. The group changes from year to year so really, the future of the club depends on us attracting new members.

If someone were to ask you why they should come along to London Romans, what would you say?

I think the same reasons I joined the club are still applicable today. I was playing for a non-LGBT team and never felt comfortable ‘coming out’ to team mates. Also, I wanted to build a circle of gay friends which I had never had growing up. One day I looked up gay football in London. I was aware of Titans already but didn’t realise the other clubs involved in the league. I contacted Romans and attended a training session. The football is competitive, keeps you fit and the social side is active. We always see each other outside of our football games and plan events throughout the year. Even if you are only interested in watching football and not playing, socially I have made an amazing group of friends many of which attended my wedding last year. 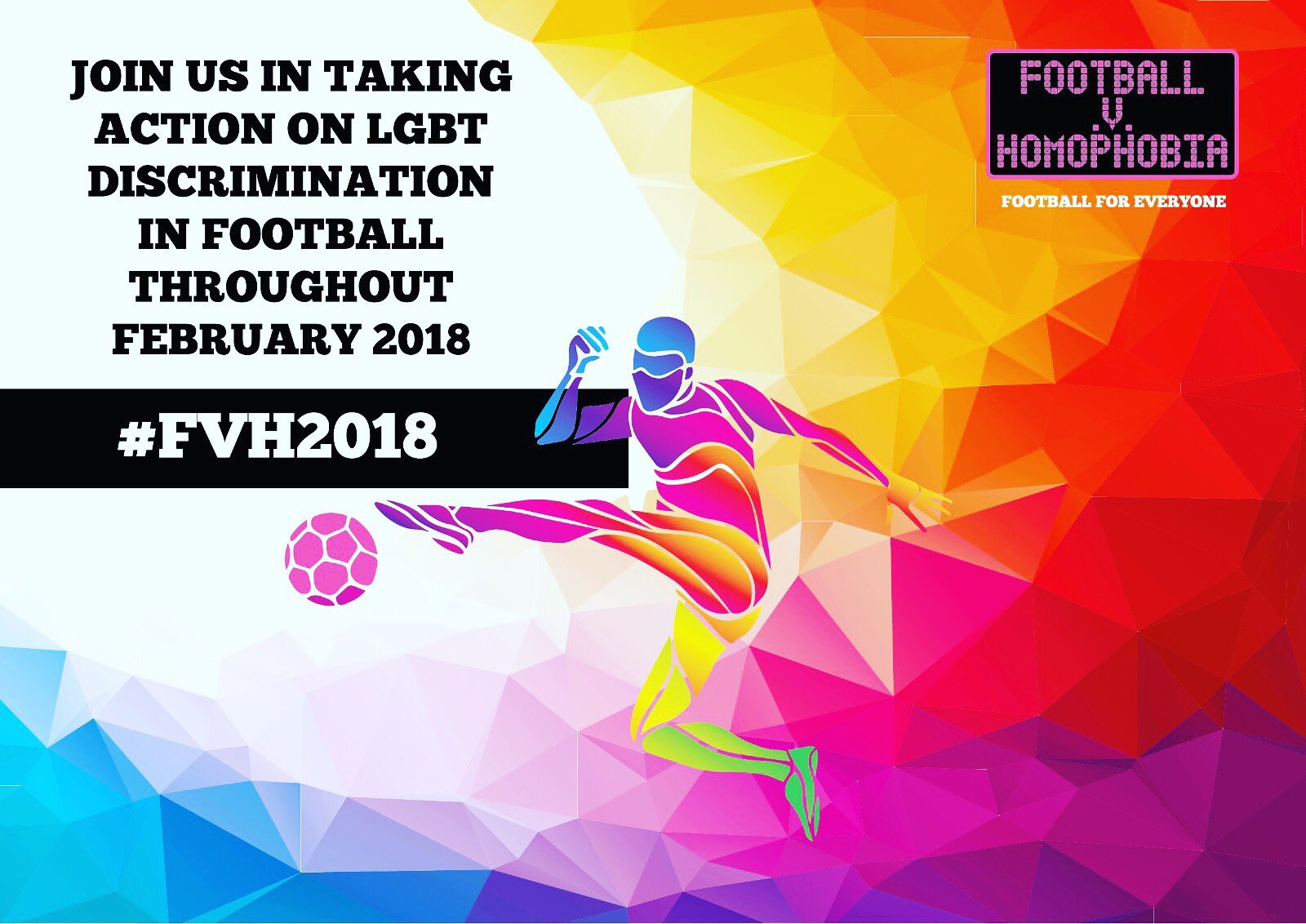 February 2018 is Football vs Homophobia‘s month of action. It’s a month when everyone involved in football is asked to take action to make football more safe, welcoming and inclusive for LGBTI people.

There are various ways in which fans, professional clubs, grassroots clubs, county FAs and leagues can help.

How you can help

The London Unity League supports Football vs Homophobia’s month of action 2018, as league chairman, Brian Silk, explains: “The London Unity League is an amateur football league that was set-up to unite LGBT footballers and others in a competitive but friendly sporting environment. Together with organisations in London and the UK, the clubs of the LUL want to make football accessible to all.

“Our existence, as a league and the clubs within the league, helps to make football safe, welcoming and inclusive for LGBTI people all-year-round. February is a month of focus across football and is an opportunity for us to build on the involvement we have with others throughout the year through a recognised month of activity.”